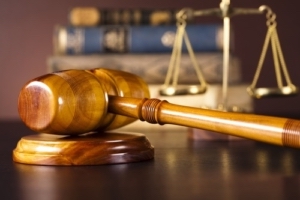 Suppose you are a lawyer representing a client in a civil matter in which the adverse lawyer violates the Rules of Professional Conduct. Can you threaten to report that to obtain a better settlement offer in a lawsuit or better terms in a transaction?

In New York, unlike some other states, the Rules of Professional Conduct do not directly answer this question. Rule 3.4(e) and its predecessor, Rule 7-105 of the Disciplinary Code, prohibit threats of criminal prosecution solely to obtain an advantage in a civil case. However, neither rule expressly prohibits threats to report attorneys’ violations of the Rules of Professional Conduct.

B. Other Potentially Applicable Rules

Although the City Bar and State Bar concluded that Rule 3.4 and its predecessor are inapplicable, they held that under other rules it would be improper:

Rule 8.4(d) also could apply to bar threats. That rule prohibits conduct prejudicial to the administration of justice. The Appellate Division, First Department disciplined an attorney under Rule 8.4(d) for making an implied threat to report misconduct to gain an advantage in settlement negotiations. In re Dimick, 105 A.D.3d 30 (1st Dep’t 2013).

C. What Constitutes a Threat?

Another risk is the lack of clarity about what constitutes a threat. Opinion 772 of the New York State Bar, relying on cases involving threats of criminal prosecution, stated that courts sometimes will interpret “the mere allusion to a criminal prosecution or criminal penalties or even the use of criminal law labels to describe the opposing party’s conduct in a letter as a veiled threat . . .” That opinion concluded: “A letter containing an accusation of criminal wrongdoing likely constitutes a threat, especially when coupled with a demand that the accused wrongdoer remedy the civil wrong.” If the same analysis applies to threats to report attorneys’ misconduct, then even a reference to violations without an express threat could be deemed a violation.

D. Guidance from the State Bar

The New York State Bar’s Commercial and Federal Litigation Section issued a report advising attorneys who are considering making threats to evaluate whether:

The report advised attorneys who have been threatened with the possibility of a report of misconduct to consider whether:

Threats to report attorneys’ misconduct to obtain an advantage in a civil matter are fraught with risks. Although there is some disagreement about the applicable rules, there is a consensus that in many situations, such threats are improper and could expose threatening attorneys to the risk of discipline or criminal prosecution.

Client Reviews
★★★★★
“Tony's advice to me was invaluable in recent job transitions. Under a compressed time line Tony provided expert advice. Drawing on his deep knowledge and experience in the field of employment law, he gave me guidelines for negotiation and the comfort required to move forward with the resulting agreements.” Mary Ann Cate
★★★★★
"A masterful negotiator. I knew from my first call with Harwood Law that Tony Harwood was the right lawyer for my legal matter. He always made me feel comfortable and it was evident that he had my best interest in mind. During the first few weeks working with him, he truly showcased his masterful negotiation skills and got things started off on the right foot. The expectations that we had set from the beginning were indeed where we found ourselves in the end and I could not be happier with the outcome." Johnny Green
★★★★★
“Anthony Harwood has represented me in multiple cases over the years. Tony’s expert advice was invaluable and having him by my side gave me all the confidence I needed during negotiations. His attention to details and deep knowledge of the law helped me achieve the desired outcome and I am extremely happy to have had him on my team.” Tigran Antonyan
★★★★★
"Tony Harwood is extremely ethical and knowledgeable in the law. He took all the anxiety out of the process, helping a difficult matter be resolved smoothly and as amicably as possible." Stuart Baron
View More
Submit a Law Firm Client Review